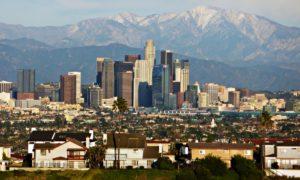 Reportedly (adv)—according to what some people say; what a person said (used to express the speaker’s belief that the information may not be true)

“Los Angeles is reportedly a fantastic city to live in.”

What do you think?  Reportedly is a really tricky word, because sometimes it can express the speaker’s doubt that the information is true.  Here’s an example:

“The President is reportedly going to step down in the next week.”

Try it out!  Show off your sentence in the comments below!