Hello, Freedom students!  Today, I have a great culture thought for you!

Have you ever watched pro-wrestling?  I have!  It can be really fun and interesting to follow the drama in the ring.  This weekend was a Wrestlemania event called WWE New Day.  Wrestlemania is one of the largest pro-wrestling groups in America.

At this event, several of the pro-wrestlers dressed up as characters from Final Fantasy XIV!  There were monks, samurai, and mages!  Not to mention moogles and chocobos—Final Fantasy’s most popular cute characters.  This is not the first time Wrestlemania has used stuff from Japan!  Last year, many pro-wrestlers dressed up as characters from Dragonball Z—complete with bright yellow hair! 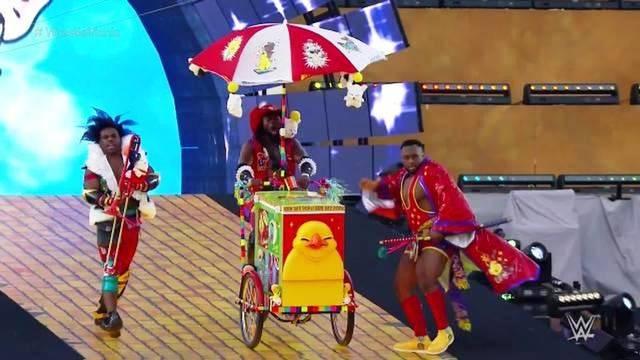 Do you like pro-wrestling?  Would you watch some wrestling if they dressed up from your favorite series?  Let us know in the comments below!