Cool News Sunday: A New Statue was Found in Egypt! 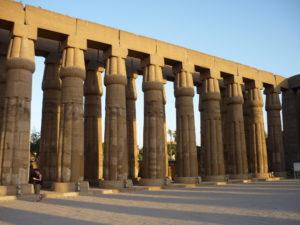 Hey there, Freedom students!  Check out this great story from Egypt!

The group that discovered the statue are currently restoring Amenhotep III’s temple on Luxor’s west bank.  They found a similar statue in 2009.  They’ve also found several other statues or pieces of statues throughout their project.  Many of these statues are parts of the goddess Sekhmet.  She was a warrior goddess and a goddess of healing.  She is often shown with a lion’s head.  She was the fiercest hunter in all of Egypt.

The Colossi of Memnon and Amenhotep III Temple Conservation Project hope to display these statues in the temple once it has been restored.

How cool!  Would you like to read more?  Read the article here!